Quintana Roo invented the triathlon-specific bicycle. The same creative juices that created the innovative fit and features that first made triathletes go faster are flowing again today. In 2009, the goal for Quintana Roo is to completely reinvent the way triathletes can use their bike to gain an advantage. We weren't looking to shave a second with frame design, but really find a way to cheat the wind all while designing beneath the most refined FIST fit and position parameters. Bikes have evolved a little over the years, but the tri bike has essentially stayed the same. In 2009 Quintana Roo wanted to bring a bike to triathletes that was as groundbreaking as the Superform in 1989.

The result is the most talked about bike in the field - the CD0.1. Named after it's incredibly low coefficient of drag, this bike is truly groundbreaking just like Ray's Superform. We don't believe the wind tunnel is a marketing tool like most companies: this bike was developed in one. 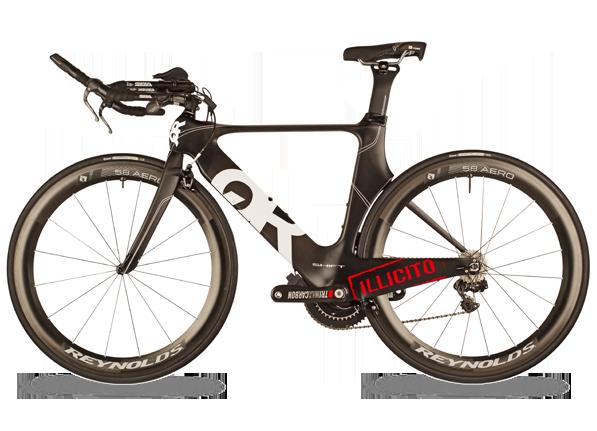 In 1981 founder Dan Empfield competed in the first Ironman on Hawaii's Big Island. As a pioneer of the sport, he envisioned a bright future for it, but felt something was lacking: High-quality equipment that accommodated the needs of triathletes.

He decided to provide the solution to this dilemma by starting a company named after one of his favorite places on the planet, Quintana Roo, Mexico. The first creation was a wetsuit designed specifically for triathletes.

As the wetsuits began to show up on triathlon starting lines across the world, he noticed a gap on the road as well. Triathletes' only options were road bikes and that they adapted with aerobars. Dan filled that gap in 1989 with Quintana Roo's first ever tri-specific bike.

This bike was revolutionary. It came with aerobars, a unique performance-enhancing angle, ride, and whole new feel. In the years that followed, many companies claimed to be contenders, but none had the focus and insight of QR.

Since then, QR equipment has evolved right alongside the sport. The bikes are considered some of the finest available.

Is it true? The fact that our athletes are among the world's best in the sport speaks for itself. But of course, you could simply take a good look around at our remarkably large following of active triathletes

Visit our Quintana Roo page to view this year's line of Quintana Roo bicycles and framesets available at Grace Bicycles.