GIOVANNI Pinarello , the eighth of twelve brothers, was born in Catena di Villorba in 1922. He was born at a time when life could be rather difficult, which was not uncommon for many families of the humble and peasant backgrounds in the rural farming areas of Veneto. The struggles of a simple farming life, as well as surviving the hardships of both World Wars, greatly effected and influenced the life of Giovanni Pinarello and his family. His impoverished and simple upbringing was not able to extinguish a passion Giovanni discovered he had for the "Two Wheels".

With his determination and his love for the bicycle, Giovanni was able to make his dream come true. He was able to borrow whatever he needed to become part of the world of cycling. At the age of seventeen he began competing in the junior's category. Giovanni's dream soon became a reality and his passion began to bring him many victories. In 1947, after winning over sixty titles as an amateur, he became a member of the professional world of cycling. He was part of the professional cycling world until 1953, with five wins to his mention. With the end of this cycling career, the birth and realization of yet another of Giovanni's passions arose, the PINARELLO (the bicycle). 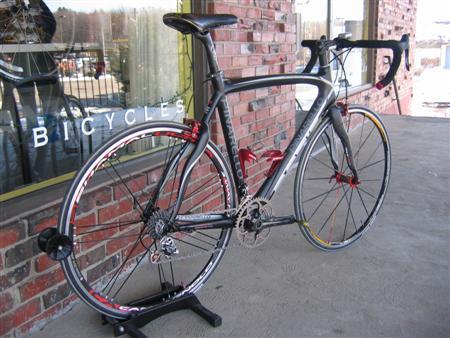 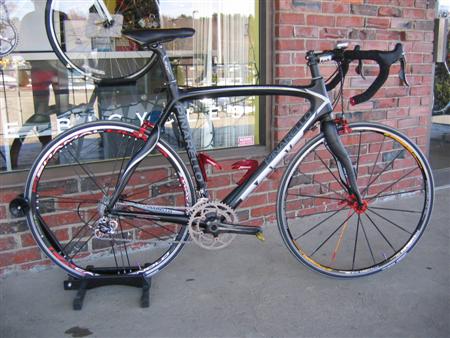 Pinarello's philosophy is one of continual innovation. Every day it tests new solutions to evolve and improve its bicycles.They experiment with new materials and new ideas pushing the limits of bicycle science, all with inexhaustible passion because cycling is in its DNA.

The ONDA fork is one of the distinctively unique features of Pinarello bicycles. First used on the Dogma in 2000, today ONDA forks are used throughout the line. The benefits that ONDA provides are immediate: precision carving on turns with stability and reduction of longitudinal and lateral shock. 5% more ridgity and more overall comfort.

Visit our Pinarello page to view this year's line of Pinarello bicycles and framesets available at Grace Bicycles.